This document, commonly called the customs tariff, classifies all the goods imported into Vanuatu for customs duty, rules of origin and for collection trade statistics purposes and contains in excess of 5,300 items. 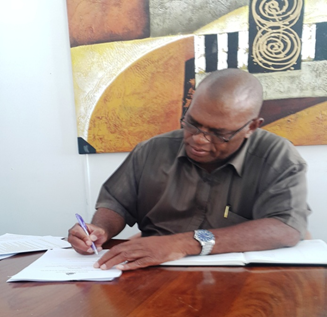 The HS is developed by the World Customs Organisation and is used by over 200 countries and economies around the world to classify goods for customs purposes. The HS is reviewed by the WCO every five years, to maintain relevance with emerging technology and global trading trends.

The implementation is being back dated to 1st January 2017 with customs making any adjustments on declarations already lodged, within their ASYCUDA system. An extensive consultation programme has been undertaken with other Government Departments such as Department of Health to ensure that their concerns had been taken into account when developing national splits within the HS. The purpose is to differentiate for example, between those goods such as soft drinks having a high sugar content, and those that don’t. The drinks with a high sugar content are taxed at a higher rate.

There have been no increases in the rates of customs duty or excise with the implementation of this order to effect the HS 2017, however there have been some changes to the exemptions and concessional rates of duty contained in Parts 2(A), 2(B) and Part 3 of the HS. The changes will result in the tightening of some of the exemption criteria and an improvement in the transparency of exemptions granted by the COM. Customs will provide information sessions for customs brokers and stakeholders on the changes and the new HS 2017 is now available on the DCIR website, and interested users may be viewed and download in the following link: https://customsinlandrevenue.gov.vu/index.php/en/customs-tariff-hs-2010

The implementation of the HS 2017 at the beginning of the year, places Vanuatu in the vanguard of customs administrations globally and fulfilling our reform and modernization efforts.