This historical event is a result of continuous consultation between Vanuatu Customs and the World Customs Organization (WCO) since early 2015. As Vanuatu is a member of the WCO, the system was provided free of charge while the training was delivered complimentary by the WCO. 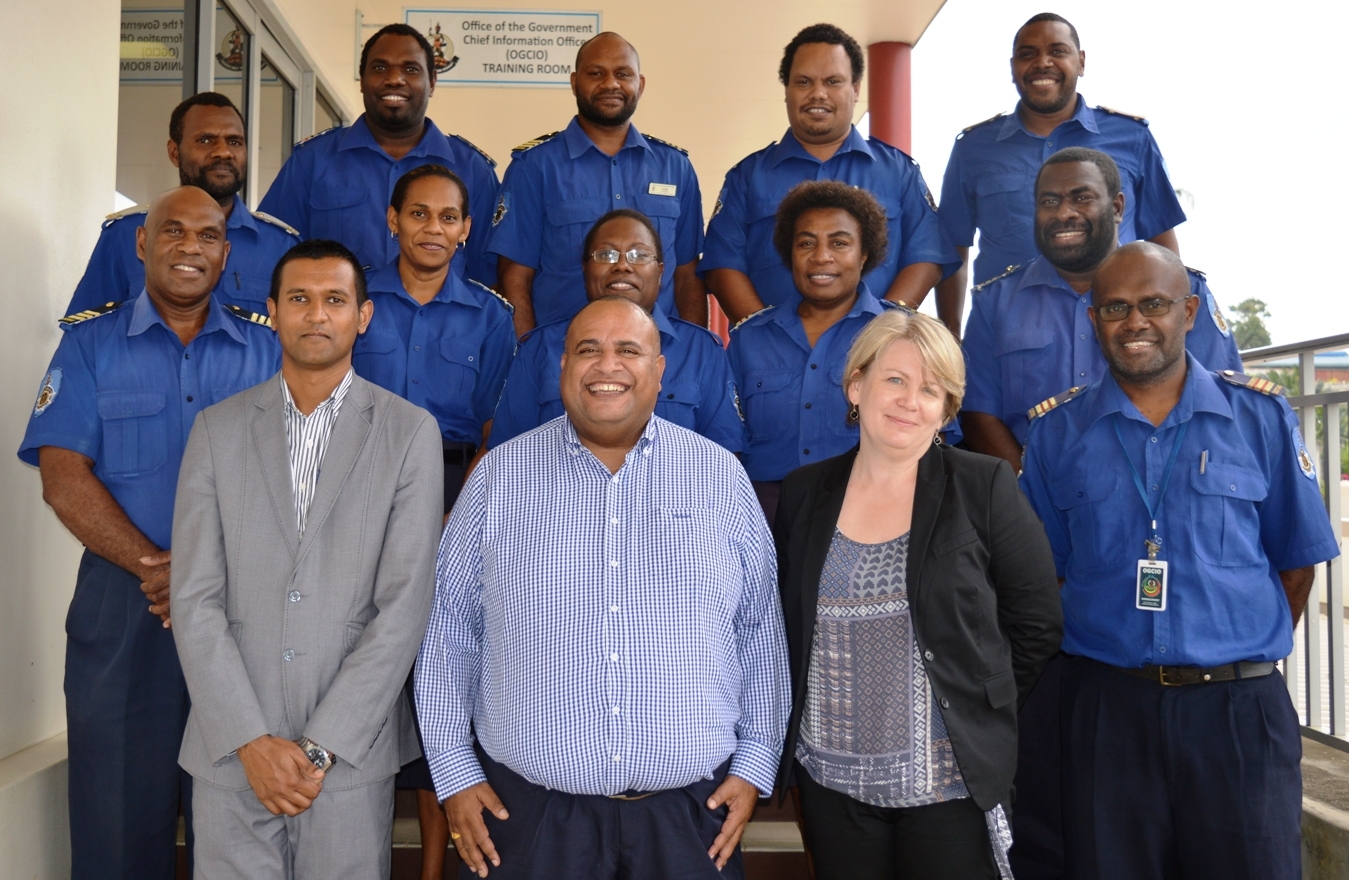 Intelligence is the core to any Enforcement agency. Unfortunately Vanuatu Customs has never had an enabling tool, let alone, a computer system to assist with strengthening its intelligence capacity. Volumes of intelligence data are stored manually on the Customs computer network.

However due to lack of automation, it is rather ineffective and cumbersome to conduct the analysis required to identify systematic trends on Customs offences. Furthermore, it is currently difficult for front line Officers to effectively identify past offenders as such information is not readily accessible.

The National Customs Enforcement Network (nCEN) is a system developed by the WCO to assist Customs administrations with the collection and storage of law-enforcement information at the national level.  The system also possesses the additional capability to exchange this information at the regional and international levels. Through the adoption of nCEN, Customs now has the ability to manage information on all aspect of their law-enforcement functions. These include details of offences, suspect persons or business entities, now held securely within a modern national system which is accessible through the Government network. The Information Communication Interface (Icomm) included in nCEN, allows Vanuatu Customs to legally exchange data with Fiji Customs by means of a Memorandum of Understanding signed between the two administrations in 2015. Furthermore, Icomm allows Vanuatu Customs to transfer the non-nominal components of the intelligence data directly to the global CEN database which is accessible by more than 150 Customs administrations globally.

With the proposal for Customs assume responsibility for primary line processing of passengers at air and sea ports, the use of an intelligence computer system is essential to ensure Customs has the ability to identify suspects and to develop risk profiles. Thus replacing manual methods which are ineffective, and hinder the processing speed of passengers at arrivals and departures. With the advent of nCEN, advance passenger information received from airlines can be processed via the system to alert Customs to persons of interest.

Vanuatu Customs is committed to continuously improving and modernizing its procedures and operational techniques. The introduction of nCEN in Vanuatu is another example of this commitment which enables Customs to take large strides towards good governance, and the improved facilitation of people and goods across the border, resulting in better controls and ultimately sustainable development and economic growth.

Customs would like to thank the WCO for the delivery of the recent training in Vanuatu and the Office of the Government Chief Information Officer for their assistance in hosting the system in the Government data centre.

This news is also featured on the WCO website: http://www.wcoomd.org/en/media/newsroom/2016/august/vanuatu-customs-implements-the-wco-ncen-system.aspx