Despite being one of the latest two countries to implement ASYCUDA World in the Pacific region, Vanuatu accepted the request to deliver the first ever regional ASYCUDA World Functional Training.

The request was made from the ASYCUDA Support Mechanism for the Pacific (ASMP) office based in Suva, Fiji. Vanuatu’s acceptance of the request was endorsed by the heads of the Customs Administrations of Fiji, Papua New Guinea, Samoa and Solomon Islands during ASMP’s annual meeting in October 2017 in Lautoka, Fiji. They along with Vanuatu Customs are the Executive Members of the ASMP. 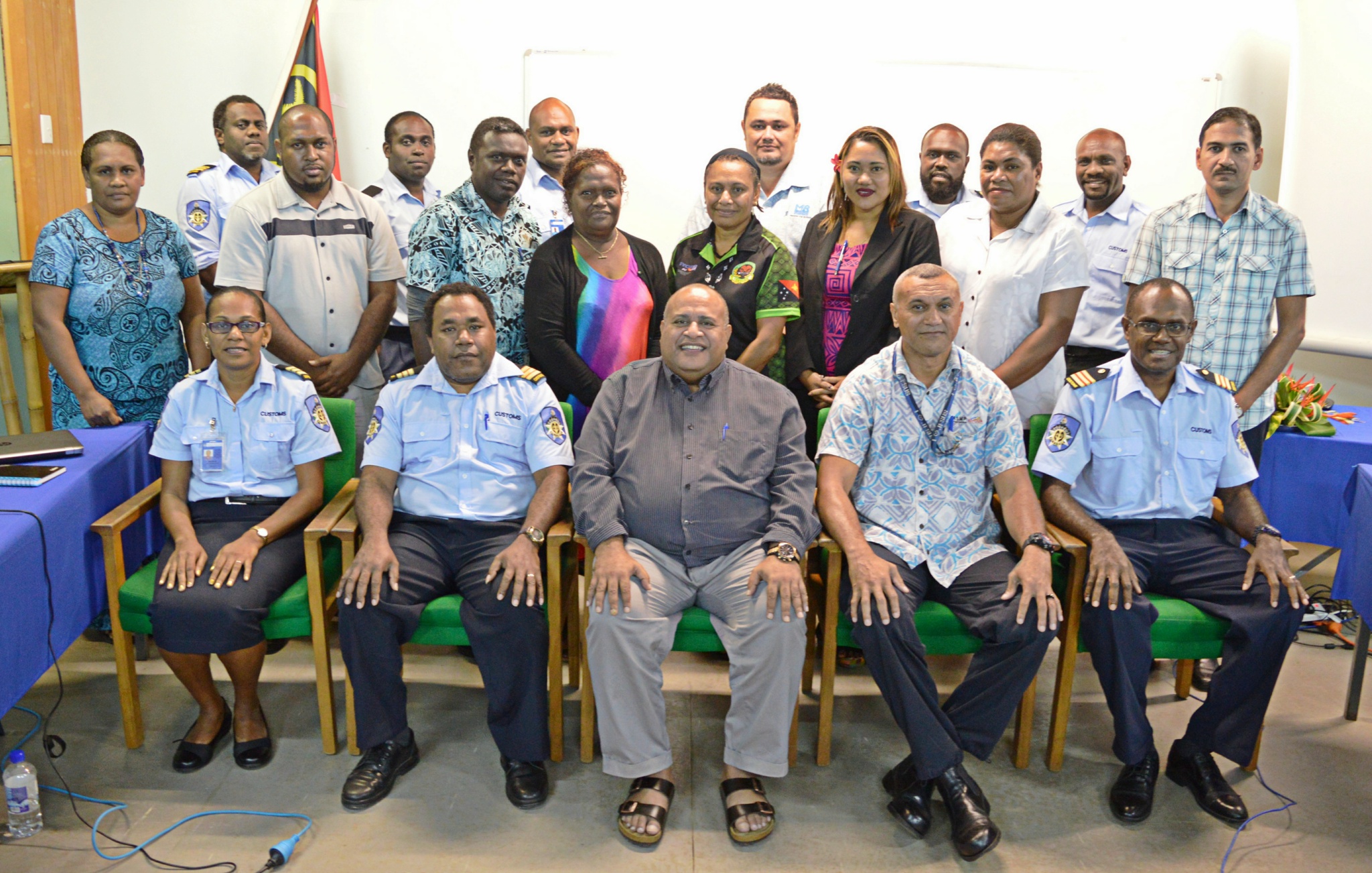 Participants from the Customs Administrations of Fiji, PNG, Samoa and Solomon Islands descended on Port Vila, to join other participants from Vanuatu, for the two weeks training from 4th to 15th June 2018.

During his opening remarks, the Director Customs and Inland Revenue, Mr Benjamin Malas, expressed how pleased he is for Vanuatu Customs to be approached to facilitate this Training. He further gave a brief background to the ASYCUDA World Project in Vanuatu and the future plans of embarking on the two year project of implementing the Electronic Single Window System in Vanuatu commencing July 2018. Director Malas encouraged the Participants to share their experience and expertise with others during the two weeks.

In response, the ASMP Coordinator, Mr Anare Filipe (seconded from Fiji Revenue and Customs Services), thanked Vanuatu Customs for accepting the request to host the Training. Mr Filipe stated that two of the reasons why Vanuatu was approached to host this training was not only because Vanuatu is using the latest version of ASYCUDA World, but due to the fact that Vanuatu has made tremendous effort in using the system to its fullest. He echoed Director Malas’ words to encourage the Participants to make the most of the two weeks to learn off each other, and from Vanuatu, and to take back the ideas gained from the Training back to their own Administrations.

During the two weeks, the Training Participants will be looking at all the new features and improvements that are available in all the ASYCUDA World versions used in the Pacific, some of which may or may not be applied in Vanuatu Customs. Vanuatu Customs is taking this opportunity as the Facilitators of this Training to explore these features for the purpose of the Training, while at the same time as an opportunity to adopt these features and improvements to the already, very developed, ASYCUDA World environment in Vanuatu.