They say things move slowly with “island time” in the Pacific, however the Customs Division of the Department of Customs and Inland Revenue with its impressive track record of reform and modernization has blown this hackneyed assumption out of the water.

Be it border security, revenue or trade facilitation related, Customs in Vanuatu is on top of its game.

Although taking on technology early, with the implementation of the automated processing ASYCUDA++ in 1999, it was the advent of a World Customs Organisation (WCO) Diagnostic under the Framework of Standards to Secure and Facilitate Trade in 2009 which provided a catalyst for modernisation to become more of an imperative for the organisation.

A project commenced in 2012 to re-write the existing Customs Act based on a model accepted by the Forum Island Ministers. The re-written Act became law in December 2013 and brought with it a number of features consistent with global best practice for customs legislation.

Customs now provided legally binding Advanced Rulings on matters pertaining to tariff classification, valuation and origin. The role of customs brokers was also more defined and a licensing process, including qualifying exams properly identified. Customs brokers who had no legal standing prior to the new legislation now have their own association, The Vanuatu Customs Brokers and Forwarders Association, through which communication with the licensing authority (customs) has improved considerably. Cargo facilitation was also improved by the ability for customs to take securities for cargo consignments which were subject to dispute. This allows importers to take delivery of their cargo and the matter under dispute resolved later, rather than delaying the delivery while the matter continues to be contested.

A formalised system of administrative penalties allows minor transgressions of the law to be finalised quickly, and the fines provide a deterrent factor improving compliance levels. A formal appeals tribunal was also legislated for to allow formal redress of those organisational decisions considered unreasonable or unfair.

The system has increased capabilities for accounting, post-clearance audit, statistics and information management. Easier aggregation of data at regional and international levels contributes to better and faster economic decision-making. The system insures thecomplete coverage of the clearance process and includes the built-in capability to support national specific requirements and/or frequent regulation changes. It is able to cope with different organisational structures, thus generating financial economies of scale. 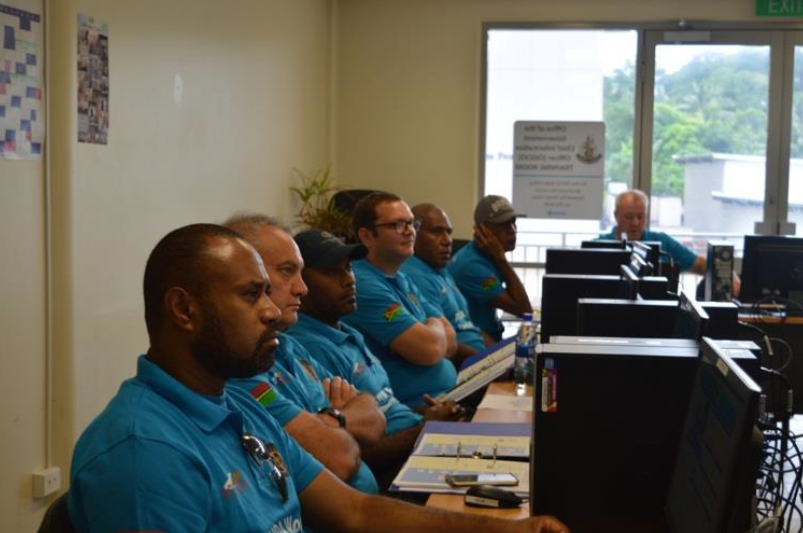 In 2015 another external assessment took place for the World Trade Organisation (WTO) Free Trade Agreement (FTA) – A Needs Assessment and Reform Map. Again Customs responded to the recommendations made in that report by developing a Client Service Charter and Client Service Standards, creating a Trade Facilitation Steering Committee and ensuring the DCIR website is maintained with all information required by stakeholders.

Since that Needs Assessment a funding proposal has been completed and approved for the development of an Electronic Single Window using ASYCUDA World as the platform for importers and brokers to access customs, bio-security, and permit issuing authorities through a single portal. It will also allow them to electronically transfer funds from financial institutions to make payments for fees and taxes. This project will commence in mid-2018.

In May 2017 Customs commissioned the Asian Development Bank to conduct a Time Release Survey, which identifies and measures the time taken for every transaction from the arrival of ship or aircraft to the delivery of cargo at the importers premises. This process is used to identify impediments to cargo delivery so that improvements can be made to

facilitation rates. The data from this survey will be used as base line data for future surveys which will be conducted annually. Local Customs staff will receive training in conducting surveys from the World Customs Organisation in April this year. It is expected that the introduction of ASYCUDA World and the new Lapatasi wharf will have a positive impact on facilitation and delivery times.

The Harmonised Commodity Description and Coding system is used by more than 200 countries and economies as a basis for their Customs tariffs and for the collection of international trade statistics. Over 98 % of the merchandise in international trade is classified in terms of the HS. A new version of the HS is available every five years, with the latest version dated 2017. Vanuatu Customs worked diligently and was able to have the HS 2017 legislated for use on 1st January 2017. In 2018, Vanuatu will become a contracting party to the HS, the only Forum Island country besides Fiji and PNG to do so.

In 2018 Vanuatu will also become a contracting party to the International Convention on the Simplification and Harmonisation of Customs Procedures (Revised Kyoto Convention). Due to the legally binding nature of the RKC, being an RKC Contracting Party gives traders and other stakeholders inside and outside the country’s economy a firm message that the government promotes and maintains efficient and modern Customs procedures consistent with international standards, and ensures that legitimate trade is facilitated without compromising the Customs controls function.

The benefits of the simplified and harmonised Customs procedures embodied in the RKC have been well documented in the context of trade facilitation and substantial benefits are achievable including faster release of goods at borders, lower trade costs, increased revenue, and economic competitiveness. Implementation of the RKC also assists in meeting the requirements of the Articles of the WTO – TFA. 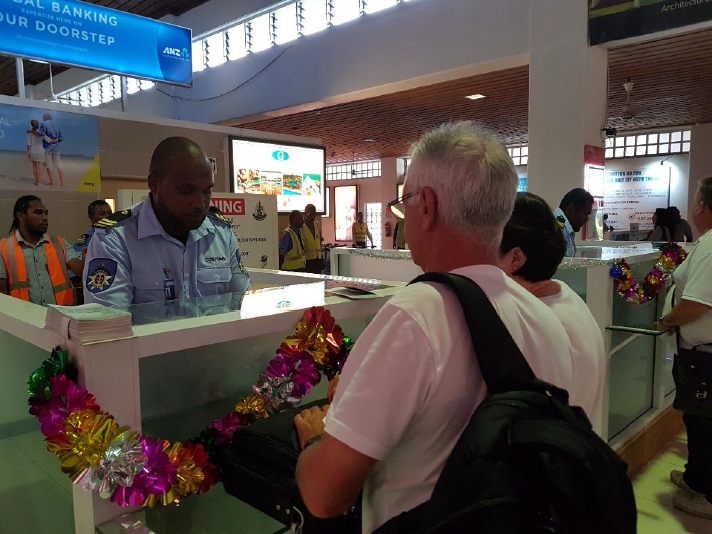 Customs Officers at the Primary Line

On the 1st of December 2017, Customs assumed responsibility of the Immigration passenger processing function at air and sea ports. This was a major addition to Custom’s responsibilities, and was the catalyst for our front line officers now being titled Border Security Officers as they control the flow of goods and people across our borders. There was substantial training undertaken, provided by the Vanuatu Immigrations Service, New Zealand Customs, and Australian Border Force.

2018 will also see the delivery of whole container x-ray technology, donated by the Chinese Government, providing Customs with the capability of conducting non-intrusive inspections of containers for prohibited and restricted goods. Static x-rays will also be provided for Port Vila and Luganville airports.

In just a few years Vanuatu Customs have achieved a number of ground breaking reforms, and assumed new responsibilities, while continuing to be in the vanguard of modernization. The momentum created by the Customs Reform and Modernization Committee, chaired by the Director DCIR and attended by The Deputy Director Customs, Managers and the Technical Adviser, has filtered down to all levels of the organisation and our stakeholders have been the beneficial recipients of these initiatives. In terms of revenue collection as one of its core objectives the Treasury has also been a beneficiary with Customs collecting VT1.1 billion which is 23% in excess of its budget in 2017.